What is a Contract Default?

What is a Contract Default?

In simple terms, a contract is an agreement between two parties that makes mutual obligations and is enforceable under law. In legal terms, a contract has three basic elements: (i) offer; (ii) acceptance; and (iii) consideration. “Consideration” is the thing being bargained for or exchanged. For example, when you buy an item, you pay with money and that money is the “consideration.” The presence of all three elements are required for a valid, enforceable contract. A contract can either be oral or written. The consent of both parties to come into a legally binding relationship holds significant importance.

Most well-written contracts should have a clause for termination and an end term. A termination clause provides ways in which the parties could end a contract amicably and avoid litigation. However, in some cases, the contract might not have any provisions regarding ending a contract. In such scenarios, a party probably can terminate a contract anytime for no reason at all and it would not be considered a breach.

Otherwise, contracts can be breached in several ways. The most common breach is the non-fulfillment of the obligations set out in the contract by either party. This automatically gives a right to the other party to end a contract. 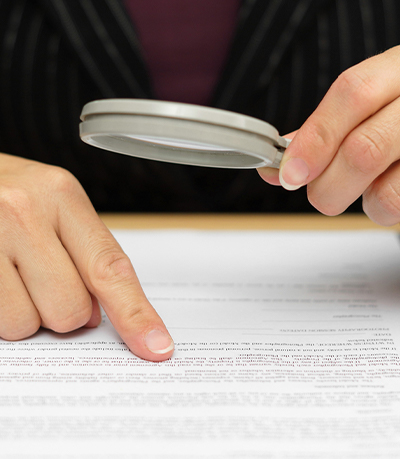 During the performance of a contract, numerous unexpected circumstances can emerge which make it impossible to perform the contract or fulfill the obligations under the contract. For example, during the construction of a building, the workers may face extreme weather conditions, which are unforeseen, uncontrollable, and impossible to avoid. A Force Majeure clause can give a party a legal exit in the event there are events that prevent the party from performing its obligations. This is most recently seen during the Covid-19 pandemic where many businesses were forced to shut down or were unable to perform their obligations..

A force majeure clause can protect both parties for when an event occurs which makes it impossible for either party to perform a contract. If a party is in breach of a contract and that breach is due to force majeure events, then that party may be excused. Therefore, it can claim protection under this provision and legally end the contract. However, be cautious before using this clause to exit a contract because whether fulfilling your obligation is “impossible” can be up for debate and subject to lawsuits.

When a force majeure clause is not present, the performance of the contract can still be considered impossible or impracticable for either or both parties. The impossibility of performing the obligation under the contract could be a valid excuse only for the occurrence of an unforeseen event. An unforeseen event could be any act of God or government riots which makes it objectively impossible to perform the contract. The assumption of impossibility can help to avoid an end of a contract.

Another basis for exiting a contract when there is no force majeure clause is “frustration of purpose.” It is important to understand that parties enter into a contract with a specific purpose. The purpose of a contract is the essence that made the parties come together into a legally binding agreement. There are some cases where an unforeseen event may impede the primary purpose of entering into the contract. The parties can still perform their duties and obligations but the results would be completely different from what was initially contemplated by both parties while entering into the contract. For example, Emily wants to start a restaurant and leases a building from John. The laws then change making it illegal for Emily to operate a restaurant from that building. In such an instance, Emily may have a right to take protection under the frustration of purpose defense . In this scenario, John needs to know the exact purpose why Emily wanted to lease a place and the change of law was not foreseeable.

Taking The Next Step

If you are in a position where you believe that you can’t perform a contract and it may result in a contract default then you may want to consider a few options before the breach of contract. 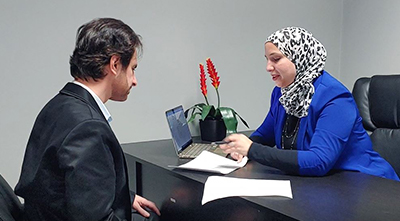 Another available option is to settle with the other party before committing a breach of the contract. The parties can mutually agree to end a contract before the contract default by one party after reaching a settlement. A settlement could be monetary or simply the parties agreeing to a compromise.

It is important that parties seek proper guidance by consulting a legal expert before ending a contract prematurely. Attorney Danya Shakfeh can help you determine if you have a contract default or breach of contract case and what legal avenues are available to you.

Articles of Incorporations Illinois: How to form a corporation

https://youtu.be/IFacVt0JXzQ   Entrepreneurs must be aware of the trends in the market and have vast knowledge in managerial techniques. But to make their effort worth

Do You Want to Sell your Business?

Our M&A advisors will help you have a smooth sale