Letters of Intent (LOI) Are Not Binding, BUT…

Letters of Intent (LOI) Are Not Binding, BUT… 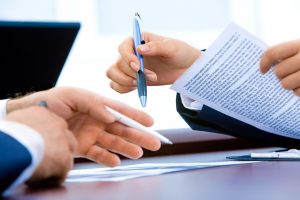 What is an LOI?

We get a lot of people and business owners coming to our office asking if they should sign a “letter of intent”. Many people and business owners mistakenly think they can sign the letter of intent (LOI) without any risk. Because LOIs are meant to be not binding, it is easy to mistakenly believe that they can just sign it and all is well. This is not true.

First, what exactly is a letter of intent (LOI)?? LOIs are used in different situations such as when someone wants to buy a business, give a job offer, or sign a lease agreement. LOIs are meant to contain the basic agreed-upon terms that eventually make their way into the contract. People and businesses sign LOIs typically when they are negotiating terms of a transaction but may need to do more research, such as going through due diligence when buying a business.

But signing the LOI indicates to both sides that they are serious and not wasting each other’s time. They may also contain confidentiality clauses or a “no-shop” clause in the case of when a seller is trying to sell the business. A “no-shop” clause is when a seller of a business promises not to accept any other offers from buyers while the buyer is doing its due diligence as to the seller’s business.

So what’s the problem with just signing an LOI “because hey, it’s not binding”?

Because the LOI is really about negotiating and those clauses typically end up in the final contract. The terms of the LOI should be taken seriously. I you sign a LOI then start changing your mind, the other side may think two things: 1) you are not serious about the deal or 2) you are not sophisticated and could be taken advantage of. Either way, practically speaking, the other side will lose trust in you and the deal and, at best, will be annoyed, and at worst, may want to kill the deal.

Another reason why the LOI should be taken seriously is that sometimes they are binding, depending on the situation or if there is unclear language. If the parties treat the LOI like a contract (which does happen), then the court may consider it a binding contract. See QUAKE CONSTRUCTION v. American Airlines, 181 Ill. App.3d 908 (1st Dist. 1989).

For these reasons, hiring an attorney before signing an LOI will set your deal up for success. Signing an LOI on your own because it’s not binding may be technically acceptable, but as a practical matter, you are more likely to succeed in achieving your goal of having a deal go smoothly when you involve your attorney sooner than later.